Introduction: C# was developed by Microsoft. It is component-oriented language and was first released in 2002. This language has grown and changed across seven major versions. Anders Hejlsberg is the founder of this language. It also supports all object-oriented concepts like classes, objects, abstraction, encapsulation, inheritance, polymorphism etc. C# 8 comes with essentially bunch of new features listed below which were mainly introduced with the aim of improving the quality of code and making it more flexible :

The above example demonstrates how to create extension methods and properties for class “Example”.

Let us take an example of the interface named as DemoInterface containing method show().

Here is a class named “DemoClass” which implements an interface.

Now with the new feature introduced in C# 8, we can add a new method to existing interface as shown below:

public  string? middlename;  //May be null

There are several other new features proposed for the improvement of C# which include Improved extension support, Async stream, Async disposal etc.

Conclusion: This is just the glimpse of new features but the pace of innovation in C# is increasing rapidly. Since its evolution, it has now become one of the most powerful and popular languages. The new features introduced with the C# are mainly helpful to the developers. These upcoming features in C# language are public and are available to all for exploring. But the most important thing to remember here is that these features are still in progress and so, could be changed in the future with the warning.

Microsoft offers SharePoint Document Library which is a location on a site where you can upload, create, update, store files, Further can collaborate with team members to work together on files. Moreover, each library displays a list of information it contains along with sharing the details about last access and modification. 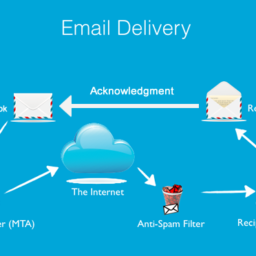 Get email delivery and read receipt by HttpModule

Introduction: Email is very important in many web application and web technologies. Sending email is easy but tracking email status…

InfoPath form is the SharePoint feature provided to create form without any HTML and CSS code. InfoPath forms are created by the InfoPath Designer tool.