Earlier this year at Ignite 2017, Microsoft announced its plans to release the successor of its industry-leading enterprise content management application, SharePoint 2019. According to Jeff Teper, Corporate Vice President of SharePoint at Microsoft, the preview is expected to be released by mid-2018 with the final release in following few months.

Microsoft SharePoint 2019 is expected to be loaded with many new features and improvements. Microsoft is still focused on providing businesses with both on-premise and online version while offering features like modern UI, team news, PowerApps integration and nextgen OneDrive.

The server version of SharePoint 2019 is expected to include features, such as:

Communications Sites will be composed of the File Viewer, Planner, Microsoft Forms, Group Calendar, Spacer and Divider, Twitter and Connectors with enhancements.

Microsoft will be introducing new portal ‘Hub Sites’ in SharePoint Server 2019, which will let the users bring related sites together with news & activities. It will have enhanced look and feel with simplified search features. A single Hub site will be able to get associated with multiple Team Sites as well as Communication Sites.

SharePoint Server 2019 will have a totally New Admin Center to get more control to view all sites and activities in one place and create better policies, include new homepage showing SharePoint and OneDrive notifications. A new recycle bin which can recover the deleted sites.

The new migration tool is designed to automate migration process of Office 365. Its also move the contents of the site from SharePoint server to client based SharePoint online with the much more efficient process than before.

Microsoft is also planning to release Office 2019 to include better IT capabilities. Primarily designed for a business organization that isn’t using Office 365, it comes loaded with new formulae and charts for data analysis in Excel and PowerPoint. It is also planned to be having a zoom animation feature.

Being a highly reliable SharePoint development company in Pennsylvania, Ignatiuz is all set to roll our clients to SharePoint 2019 upon its full launch. If you are looking to get a free assessment done for SharePoint 2019 rollover, contact us today at +1-484-876-1867 or send us a message.

Priyanka Gayakwad / About Author
Priyanka is the highly focused Sr. Developer for SharePoint at Ignatiuz. She has the impressive knowledge about customization, designing, development in SharePoint. She is always following to learn about SharePoint as well as new technologies and love to share new updates with people.
More posts by Priyanka Gayakwad

How to update SharePoint add-ins

SharePoint Add-ins is a self-contained functionality that increases the capability of SharePoint websites. It contains web parts, workflow, and custom pages. Integrating Add-ins requires a methodical approach which is described in detail in the following example. 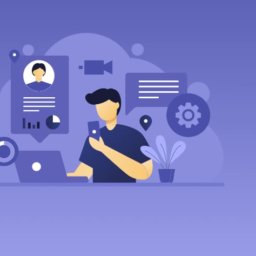 Day in the life for Remote Worker – Microsoft Teams

Use Microsoft Teams and Office 365 to collaborate, create and be more productive throughout the day from home or anywhere. 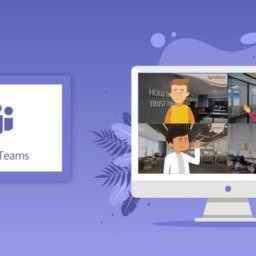 Microsoft has released the ability to do background replacement. This new feature in Teams allows meetings attendees to customize their background from a list of pre-selected images as well as it has the ability for users to upload their own custom images. 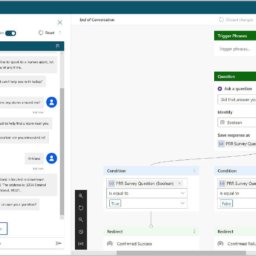 Integration of a Power Virtual Agent chatbot with MS teams

Power virtual agent is a powerful tool launched by Microsoft that is used to build your own Chat-Bot and It can connect with Power automate flow so that you can lead the chat-bot according to your requirement. 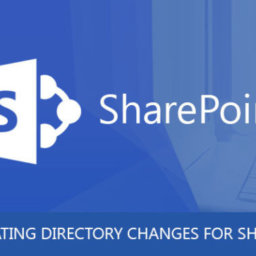 In this blog, we will quickly learn about how to replicating directory changes in SharePoint. The User Profile Service Application…