SQL Server 2017 (RTM – Release to Manufacturing version – 14.1709.3807.1.) released by Microsoft on 2nd October 2017 with the bundle of new features. This version is packed with support for Linux, automatic tuning and other enhancements that can enhance and simplify the use of the database platform.

From SQL Server 2016 onwards, the product is supported only on x64 processors.

1. SQL Server on Linux
SQL Server is not only Windows-based RDBMS even it can run on a different flavor of Linux operating systems. You can develop applications with SQL Server on Linux, Windows, Ubuntu, or Docker and deploy them as well on these platforms. SQL Server can now compete with other RDBMS like Oracle which is more popular on Linux.

Sometimes, the query optimizer makes poor decisions regarding algorithm selection and order of operations. When estimates are inaccurate at that time we do not change our query plan execution strategy during execution.

3. Resumable Online Index Rebuild
Resumable Online Index Rebuild allows you to resume an online index rebuild operation from where it stopped after a failure like running out of disk space or database failure. It uses the small amount of log space to rebuild indexes. You can also pause and resume ongoing index rebuild operation. It also helps to avoid out-of-log errors.

7. Cross-OS AOAG
Microsoft has given an option for clusterless AOAG, using which we can configure AOAG between windows based SQL Server and Linux based SQL Server, which helps you enable cross-OS migrations and testing.

8. New Functions
In SQL Server 2017 few new functions are also added. Below is the list of those new functions:

9. New DMVs(Dynamic Management Views)
SQL Server 2017 also has few new DMV introduced. Below is the list of those new DMVs.

10. New DMFs(Dynamic Management Functions)
With all these, SQL Server 2017 has few new DMFs also added to it. Below is the list of those new DMFs.

Bhagyashri Patil / About Author
Bhagyashri Patil is a passionate developer who always loves to learn new things. She has hands-on experience on .Net Applications as well as SharePoint On-Premise Apps. She has a great vision which helps in simplifying the problems.
More posts by Bhagyashri Patil 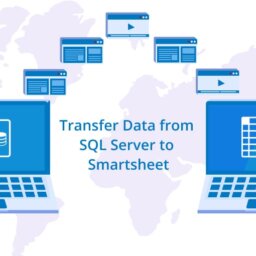 Transfer data from SQL Server to Smartsheet by SSIS and c#

Here we are going to learn, how can we transfer data from SQL Server to Smartsheet by SSIS and C#. Also learn to automate the manual works.

Microsoft offers SharePoint Document Library which is a location on a site where you can upload, create, update, store files, Further can collaborate with team members to work together on files. Moreover, each library displays a list of information it contains along with sharing the details about last access and modification.

InfoPath form is the SharePoint feature provided to create form without any HTML and CSS code. InfoPath forms are created by the InfoPath Designer tool.